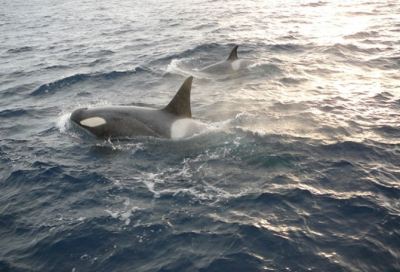 In 1987, CCAMLR (Commission for the Conservation of Antarctic Marine Living Resources) developed the Scheme of International Scientific Observation (SISO), which allowed a scientific observer from one CCAMLR party to be placed on board the vessel of another CCAMLR party to undertake an agreed set of scientific activities. The scheme was formally adopted in 1993, when the South Georgia toothfish fishery was declared a Special Area for Protection and Scientific Study and required the presence of an international observer on board all fishing vessels. MRAG provided these observers, who were tasked with monitoring and reporting on catch composition and the interaction of fishing gear with birds and marine mammals. Since then CCAMLR have mandated the use of observers operating on toothfish (Dissostichus elegenoides, D. mawsoni), icefish (Champsocephalus gunnari), crab (Paralomis spinosissima) and, most recently, krill (Euphausia superba) vessels operating in all areas under their jurisdiction. MRAG’s CCAMLR observer programme capacity subsequently expanded to accommodate this. Current main contracts include:

MRAG recruits and trains observers prior to deployment and provides the organisation and logistics associated with observer placements and support for observers whilst deployed. At the end of each trip data and reports are checked prior to submission.

The work is primarily scientific (although the information they collect can be used later for compliance purposes); tasks include catch sampling, recording fish bycatch and monitoring the incidental mortality of seabirds and marine mammals. Data are recorded on standard CCAMLR data forms and a cruise report is written and submitted to CCAMLR on completion of each deployment.

Deployments can be long, and so too can the workdays, where observers may be on deck or in the factory for twelve or more hours a day. It isn’t a job for the faint-hearted but, from seeing the midnight sun over icebergs in the Ross Sea to watching fur seals off the bow near South Georgia, the rewards can be immense. Many observers return year-on-year, knowing they are making a vital contribution to the conservation of this pristine environment.