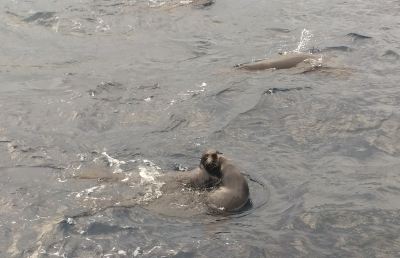 MRAG has provided observers for the Falkland Islands loligo squid (Loligo gahi) trawl fishery since 2017. Observers are deployed during two separate seasons, running from February to May and from August to October. The programme is currently run as a contract with the Falkland Islands Fisheries Department (FIFD).

The primary role of the observers is to monitor seal interactions with the fishing gear and the effectiveness of the Seal Exclusion Devices (SEDs). The role has expanded since inception to also include obtaining loligo squid biometric data, undertaking observations of seabirds and measuring juvenile Patagonian toothfish (Dissostichus elegenoides) in the bycatch. Observers also report on vessel safety and living/working conditions.