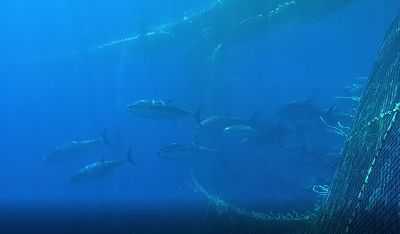 The ROP-BFT observer programme has been managed by MRAG as the lead partner in Consortium with Cofrepeche since its inception in 2009. From May to July each year, approximately 150 observers are trained, equipped and deployed on purse seiners fishing for Atlantic bluefin tuna (Thunnus thynnus) across the Mediterranean. These observers are deployed through ports in countries including Spain, Croatia and Turkey. Due to the temporal constraints of the fishing season, observers are deployed within a 96-hour window. In addition, increasing number of deployments are available throughout the year on tuna farms where fish are caged, fattened and harvested, often for export to Japan for the high-quality sashimi market.

The observer’s role is one of compliance. They verify the quantities caught, transferred to farms and harvested, and monitor adherence to the relevant ICCAT Conservation and Management measures to ensure traceability of the fish. This role provides vital oversight of the fishery to ensure quotas are respected and catch quantities are reported transparently.

On completion of each deployment, all data are checked in a rigorous quality assurance process to ensure an accurate dataset is submitted to ICCAT.