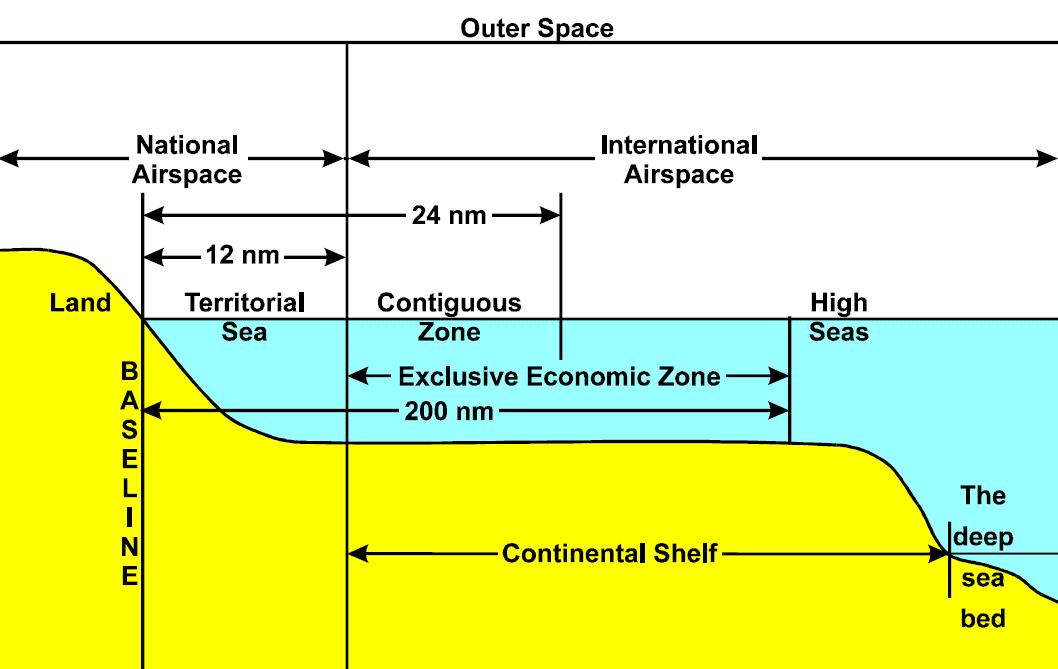 At present, a large part of the Mediterranean marine space is made up of High Seas. It appears that approximately 16% of the marine space is made up of Territorial Sea and 31% is made up of diverse maritime zones. While some States have refrained from exercising the right granted by the United Nations Convention on the Law of the Sea (UNCLOS) to proclaim an Exclusive Economic Zone (EEZ), others have created such a zone. Others again have chosen to claim only certain rights and obligations comprised in the exclusive economic zone regime, such as those relating to fisheries (fishing zone) or those relating to the protection of the marine environment (ecological protection zone). The balance of rights and duties of a State with respect to activities taking place in the sea, and the protection of the marine environment, will depend on the different maritime zones. The existence, or not, of a maritime zone, in turn results in a diversity of costs and benefits, be they of an economic, social or environmental nature.

In this context and in order to further sustain the improvement of governance of the marine space, this study contributed to building further knowledge on costs and benefits arising from the extension of jurisdiction by coastal States in the Mediterranean. The study addressed the different types of existing maritime zones, rights and duties of Mediterranean coastal States, scenarios for potential further extensions of jurisdiction, and corresponding costs and benefits (namely political, economic, social and environmental) arising at the national, sub-regional and regional sea-basin levels. The study came to a detailed qualification of the costs and benefits involved, of both direct or indirect nature, and an ensuing quantification of such costs and benefits. Conclusions helped to shed light on whether the extension of jurisdiction by coastal States is a viable course of action or not from a cost/benefit perspective. Recommendations were then provided accordingly.